“Play is not an incentive to be rewarded or taken from a child in response to behavior or some other regulated thing. Play is the child’s language of the age, their field for exploration… play is the tool they wield in their quest for knowledge and development of self-awareness…play is the child’s most important business and it must be well attended.” ~ Unknown 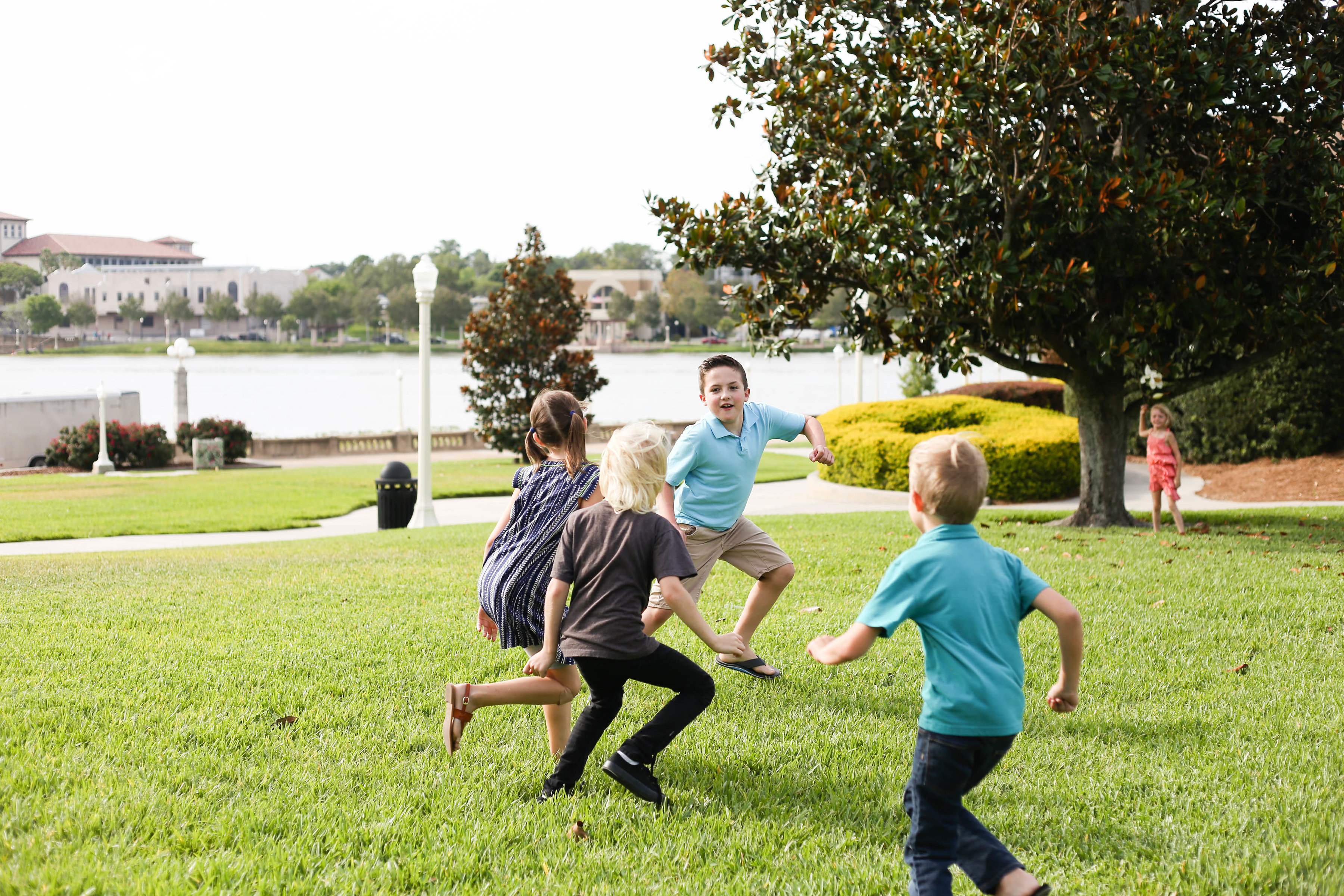 Never would I have imagined that we as parents and teachers would have to fight for a child’s right to play. Sadly, #takebackplay is a trending hashtag in certain education circles. I am saddened not by the hashtag itself (I’ve used it too), but by the fact that we even have to use it.

Play is virtually disappearing from schools, being replaced by more “rigorous” academic instruction. Parents in early childhood classrooms are demanding to know why their children are spending so much time playing and not learning their letters and numbers. And homeschool parents are not exempt. Many are foregoing playtime in exchange for rote learning, workbooks, and textbooks.

What is it about play that scares us so much? Makes us so uncomfortable? There have been countless research studies conducted that demonstrate the necessity and benefits of play.

Valarie Polakow in a book called The Erosion of Childhood writes:

But play, as the child’s praxis upon the world, should not be dichotomized from work; for the playing child is a working child – engaged in meaningful purposive activity. This work-play dialectic is a fundamental theme of childhood which is unrecognized and denied in most schools. The separation that the adult world imposes between “work” and play and the demarcation of these activities into specific contexts is not part of the structure of childhood.

I would venture to say that we as adults have also experienced the intense, purposeful, unconstrained nature of play. We are aware of the freedom it allows us to feel, and we recognize that whatever goals we want to achieve in play are not the sole reason for engaging in but rather an intrinsic part of our play.

We play around on the guitar and end up writing a song. A child hands us a rubiks cube and we play around with it to figure it out. Some of us play with lego right alongside our children. We play around with ingredients in the kitchen and come up with something pretty tasty. My brother, an artist, exuberated such excitement whenever he bought new paints. He couldn’t wait to get in front of a canvas and play around with them. I talked to a scientist once who described the feeling of being on the verge of a scientific breakthrough –  being amongst a small group of other scientists, playing around with data, tossing around ideas, for him it was exhilarating.

Maybe we have just forgotten the value of play.

Have you ever watched preschool and kindergarten-aged children play? Vivian Paley, in an article in the Harvard Educational Review called “On listening to what the children say” after observing this age group in play wrote that, “The children sounded like groups of actors, rehearsing spontaneous skits on a moving stage, blending into one another’s plots, carrying on philosophical debates while borrowing freely from the fragments of dialogue that floated by. Themes from fairy tales and television cartoons mixed easily with social commentary and private fantasies, so that what to me often sounded random and erratic formed a familiar and comfortable world for the children.”

It has been established time and again, how important play is for a child’s growth and development.

How about an older child, maybe 8 or 9 years old? Have you ever watched them play? Perhaps building with lego bricks, inventing a new recipe for slime, putting on an impromptu play or dance, creating with origami, riding a bike, drawing, playing card games….Their play is so tied to their interests. How could we possibly ignore it? 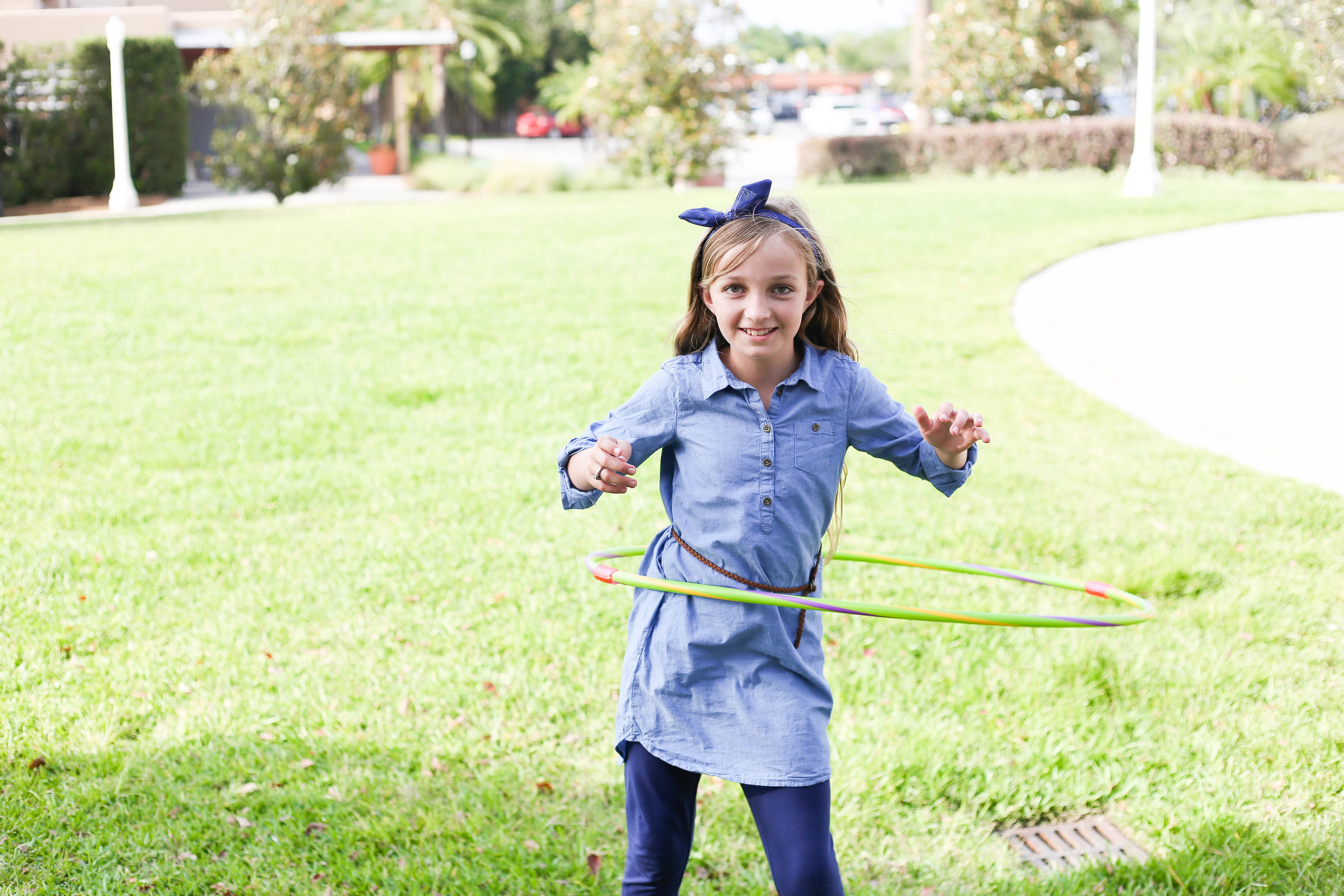 In our home, we do what we call project work. We prioritize time to explore beyond a surface level, things that really interest us. The kids have the space and the time to develop this work deeply. They also work with open ended materials that allow these interests to emerge and to extend. My role is that of a close observer, facilitator, and mentor, who provides support in ways that allow them to direct their own learning.

So for a few weeks, probably longer, my daughter kept wanting to return again and again to playing with legos. I know that she loves to build with legos. She enjoys following pictorial instructions to build specific structures as well as exploring freely and coming up with her own designs. But I felt like I needed to understand more about her work. I asked myself, What is she doing? What was she planning to do? How did she come up with her ideas? She began to construct a basic house and I attentively tried to observe what was going on.

Then magically, over a few days, something that started out so simple became this elaborate mansion mindful of the tiniest details when it came to space planning and design. The creativity abounded with the tiny accessories and scaled down versions of realistic objects. And there was such attention to things like scale and proportion, ideas of symmetry and balance, shape and structure. But it didn’t end here.

If you asked her what her project work was, she probably wouldn’t mention the lego house at all. She would tell you that it was figuring out how to make money so that she could buy a lego set that she really wanted. Well how on earth was this connected to the mansion?

Well, her building these houses led her to create these mythical figures that would live in these houses. She introduced here an element of story that really seemed to drive her creations. She had no desire to publish these stories but she had a remarkable ability to retell and add to the story that she was mentally writing. I know this because I myself recorded them out of curiosity as she retold them again and again to herself and to her brothers.

That led to her wanting to buy a lego set that contained mythical figures similar to the ones she created. That led to her wondering how she could make money to buy this lego set herself. That led to her brainstorming ideas, drafting a plan, and opening an online Etsy store where she sells her own jewelry, drawings, and paintings.

Throughout this work there were some days she would simply want to play with lego, Other days she would paint and draw things she later decided to sell. But it was all connected and she had a definite direction for her work. In the process she has been learning about what it takes to open, sustain, and run a business; the art of oral storytelling; embracing artistic pursuits; making connections to architecture and space planning; and tackling mathematical concepts.

Just imagine if I as her mom, or as a teacher, never made room for play.

I say, let’s delve into the diversity of play with our children! It can happen in so many different ways. 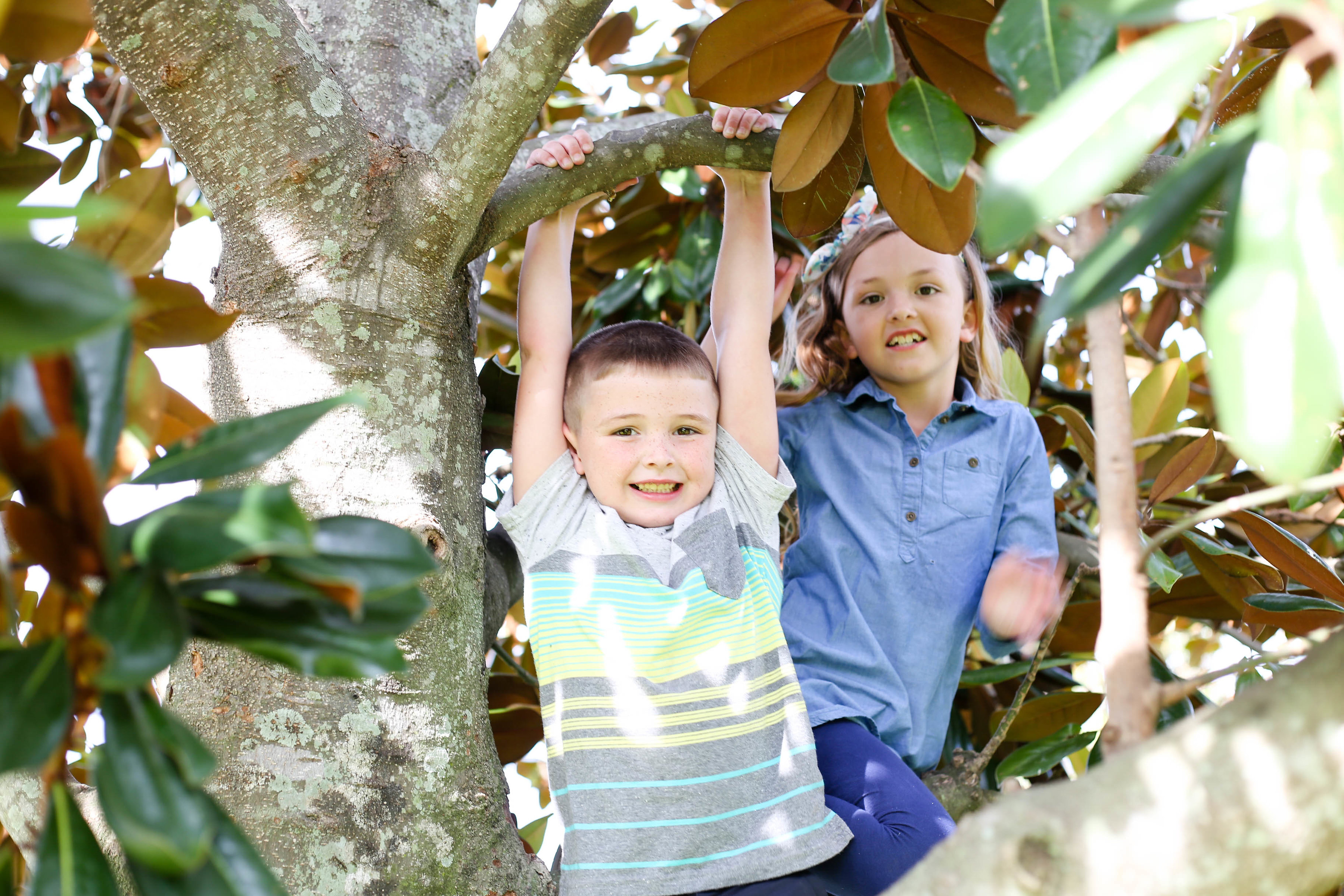 There’s pretend, or dramatic play. It’s what kids are naturally doing all the time. One of my favorite things to observe is how quickly children who don’t even really know each other, can engage together in this type of play. It’s fascinating to see how there are social rules that are implicit in dramatic play and how children learn them, simply by engaging in it.

There’s physical play. Let’s let our children roll around on the grass and chase each other. Go to a playground or a park with an open field of grass and just watch what they do. Take a family hike in the woods.

Let’s let our children build, make, and create (and don’t be afraid when your children seem to be talking to themselves, commentating on their own activity). Expensive objects are not even a requirement. Collect boxes, rocks, shells, sticks, and other random loose parts and see how they use them!

Sing songs and say silly rhymes together. Make up funny jokes. Go to storytime at your local library. Play with musical instruments and a wide variety of artistic media.

Let’s honor our children’s play by making room for it in our busy lives, and by offering objects that will enrich their play. We as parents say no to a lot of things – no screaming, no running, no making a mess. Boundaries are okay but so is balance. Are we making sure there are times and places when these things ARE okay? 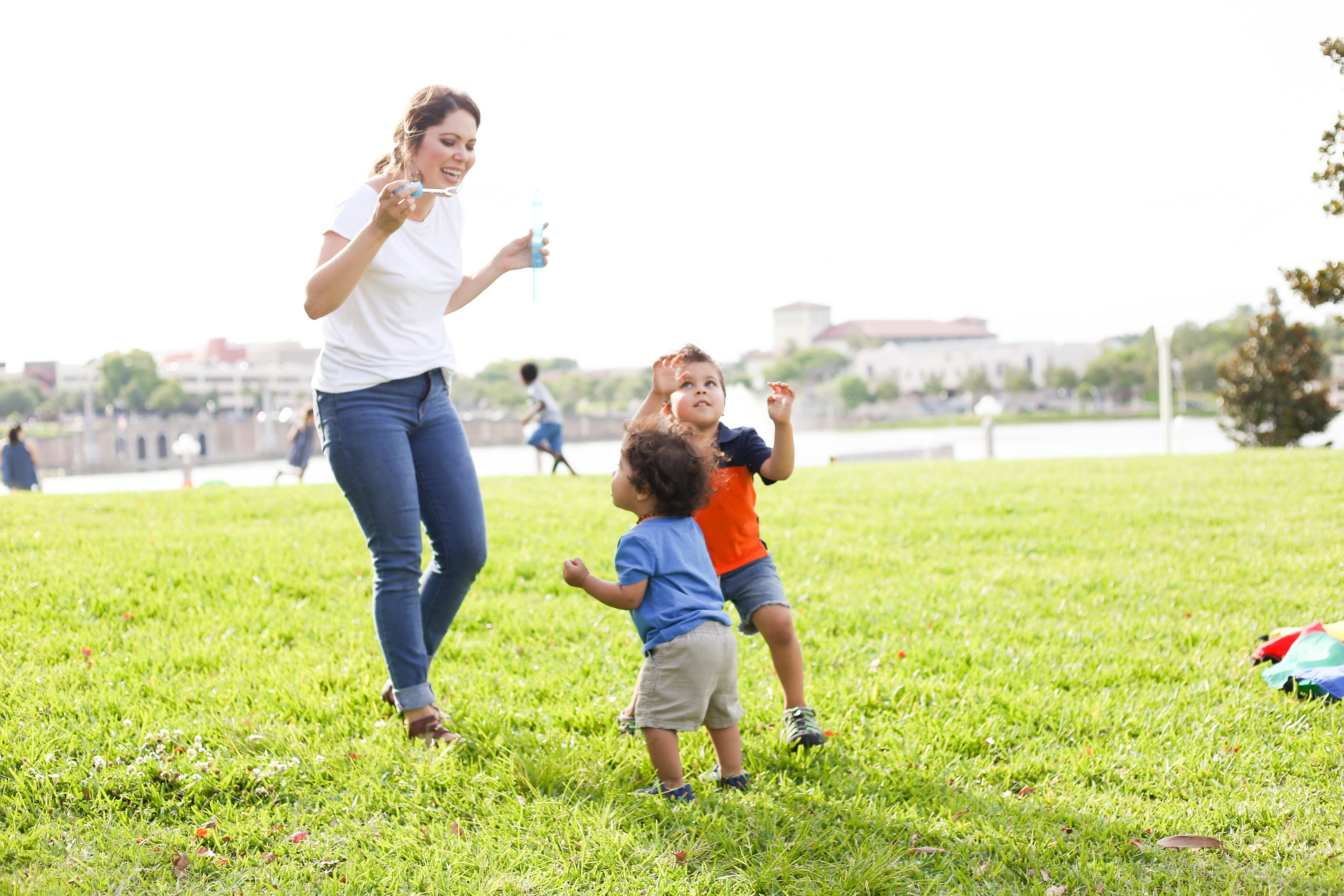 A LEARN & PLAY STUDIO Located in Lakeland, FL. WonderHere is a safe environment for children to think, play, create and learn.

Be an integral part of this awesome community resource! All the funds go to start-up costs to get this studio up and running.

This error message is only visible to WordPress admins